Home News Energy news Hydrogen: The energy of the future ? 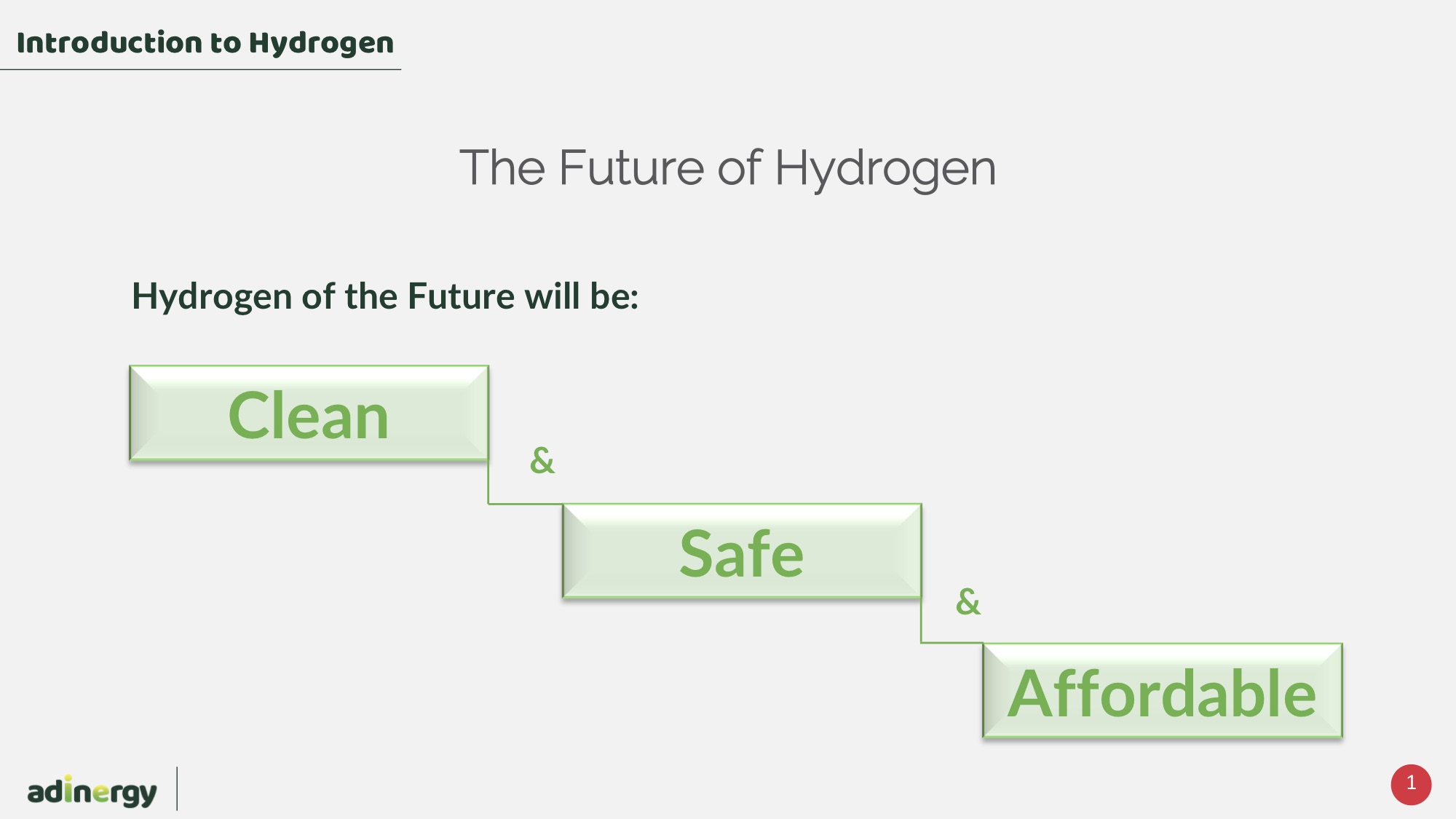 Clean – Safe and Affordable, these are the 3 conditions for making Hydrogen the future energy vector to decarbonize our economies.
China, United States, South Korea, Japan, Germany, France, Canada, European Union, Australia... the list of countries and unions setting up investment plans for a clean hydrogen is getting longer every year. Hundreds of billions of US dollars are invested to make Hydrogen the energy of the future.
If hydrogen properties are well known since the XIXth century, the Hindenburg Zeppelin explosion in 1937 has put a stop to the use of hydrogen as fuel in airship and any other transport modes.
One century and half later, Hydrogen is back and seen as the alternative fuel which could play a critical role in the decarbonization strategies particularly in industry, heating and transport but also to meet the energy requirements as complement of alternative renewable energies (storage for renewable energies).

How to set the goals and make Hydrogen a decarbonized energy, safe to use for all and competitive?

Clean: in 2018, 96% of produced hydrogen was issued from fossils resources (source IEA): Oil, Coal and Gas, mainly by processes which are highly energy consumers. The main one, Steam Methane Reforming, emits almost 10 tons of CO2 for one ton of Hydrogen produced.
There is a way, during a transition period, to produce Hydrogen from Gas without emitting CO2 in the atmosphere: Capturing and storing the CO2 and possibly using it. CCUS is an important emissions reduction technology and it seems that with the need of hydrogen and the necessity to meet stringent CO2 emissions reduction targets, there is a growing momentum for CCUS: Costs have been declining, technologies associated with CO2 use and carbon removal are progressing. According to IEA, CCUS must play a central role as one of the four key pillars of global energy transitions alongside renewables-based electrification, bioenergy and hydrogen (IEA, 2020).
In 2020, 40 million tons of CO2 have been captured and the ongoing projects should increase this capacity to 130 Million tons in a short term.

In a longer term, a clean hydrogen will get rid of fossil resources via the electrolysis performed with decarbonized electricity: Renewable (and intermittent) wind and solar or nuclear electricity. In 2018, only 4% of produced hydrogen was from electrolysis, however the number of projects and installed electrolyser capacity have expanded considerably in the recent years from less than 1 MW in 2010 to more than 25 MW in 2019 and their size and number constantly increase.

Safe: Hydrogen is the smallest and lightest atom in the atmosphere. In simple words, to be used as fuel, it must be either compressed or liquified. Its light composition imposes extreme pression (700 bars) or temperature (-253°C) for a commercial use in transport.
Hydrogen under gas form has no smell and no color making it difficult to be detected when leaking. Because of its lightness, the gas however dissipates rapidly.
Hydrogen has a wide range of flammable concentrations in air and lower ignition energy than gasoline or natural gas, which means it can ignite more easily. Because hydrogen burns with a nearly invisible flame, special flame detectors are required.
Also, some metals can brittle when exposed to Hydrogen. Materials used must be resistant to hydrogen embrittlement (causing weakening of the material) and to low permeability (passage of hydrogen through the material).

In addition to designing safety features into hydrogen systems, training in safe hydrogen handling practices is a key element for ensuring the safe use of hydrogen and build confidence for the future users that this fuel can be used in a controlled manner despite its specificities and hazards.

Affordable: Producing 1 kilo of green hydrogen today costs between 5 and 6 US dollars compared to 1,30 – 1,50 USD for producing the same quantity of grey hydrogen.
Reducing green Hydrogen price will depend on the capacity to lower the renewable electricity cost and the second-largest cost component:  electrolysers.
A study published by IRENA “green hydrogen cost reduction: Scaling up Electrolysers to meet the 1,5°C goal” in 2020 evaluates that the price of green hydrogen could fall down to 2 USD/Kg in the coming decade.
Solar and wind power costs continue to fall. From 2010 to 2020 the solar photovoltaics decline at 82%, onshore wind at 40% and offshore wind at 29% making renewable electricity competitive with coal-fired plants (Source IRENA).
As far as electrolysers facilities are concerned, IRENA estimates that investment costs should be reduced by 40% in short term and 80% in the long term by the economies of scale, the electrolysers design and construction savings, the improvement in efficiency and flexibility in operations.

Conclusion: The development of R&D, visions, roadmaps and strategies all over the world is the best sign that Hydrogen is seen by Governments as the energy of the future to decarbonize our economies. It is however a long path before we are in a position to produce a clean Hydrogen, in sufficient quantities, at an economical price without exposure for the final users.
Regulations will need to be developed along with technological progress to achieve the goal and create a favorable economical and industrial environment.